Cleaning out the attic last night and came across this. Happy Mother’s Day to me again! 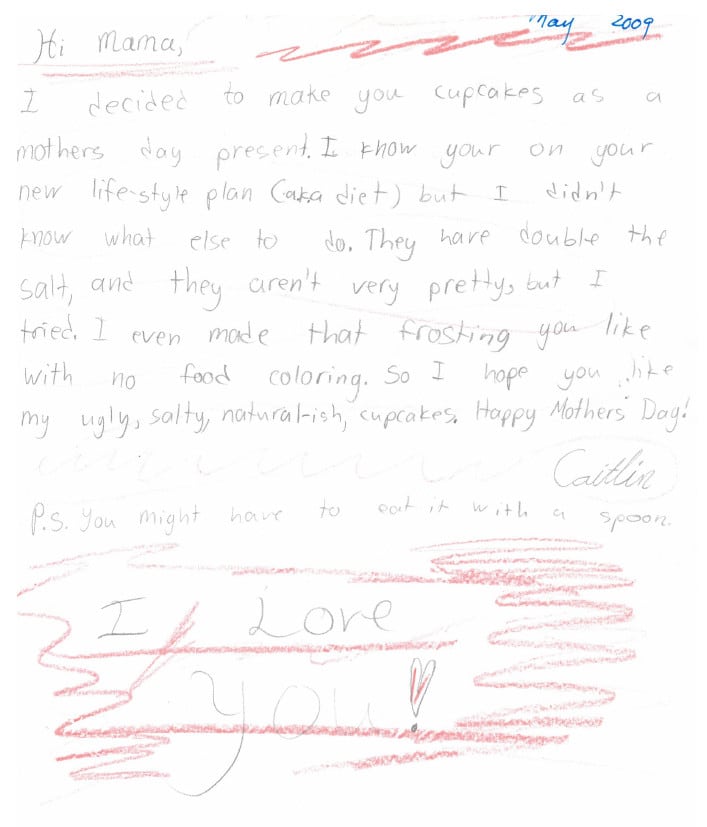 A Beautiful Thing I Just Saw

I woke up to this email from Cait, who is in her last semester of college. I don’t believe it requires any prelude or conclusion. It speaks for itself:

It’s nearly midnight on a Monday evening in the deep quiet zone of the library.

There is an older man, perhaps in his 50’s, working on a tablet propped up on a black backpack. He wears a beige baseball cap pulled too far down on his forehead, and his elbow rests next to a diet coke from which he never takes a sip. He dutifully types on his tablet with just the middle finger of his right hand. Maybe a professor, […]

What It Takes to be a Successful Writer 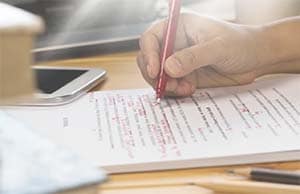 Several people have asked what it takes to be a successful writer. In order to address this question, it requires that I ask a question in return: What is your definition of success? Because there are many kinds of successes–and failures–one can experience in writing. The writing experience can run the full gamut from simply loving something you’ve written, to getting it published, to experiencing writer’s block, to not being able to get a foot in the publishing door.

As I wrote to one of my blog friends, the thing about writing — especially writing with the intention to be published — is that you will fail. There’s no question about it. […] 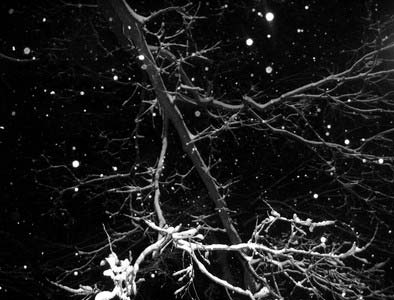 Last call for the dogs at our house is usually around 11 pm. When first call starts at around 5 am, that makes for a very long day. So, at night, I always walk them out to ensure that they get down to business.

Since my sense of humor and patience have already gone on to bed without me, no dawdling is allowed.

Graidy knows the drill. Wink sees this as another opportunity to prolong the day. He stops to sniff. I groan. He’s always stopping to sniff.

I am not supportive of the sniffing tonight.  I enforce a strict ‘Walk and Poop’ policy because I’d like to get to bed within the same 24 hours […]

Saved by My Dogs

I was in the middle of a really frustrating dream in which I had an important meeting to get to and this well-meaning but bothersome person was causing me more and more problems. Just as I was about to lose it, a big, wet, dog tongue came into the dream and slurped my face. Then another. And another. Until, in the dream, I was laughing so hard that I woke myself up.

Both Kiera and Graidy were huddled on top of me, licking away. I must have been making distress sounds, because that’s the only time during my sleep that they do this.

What a great thing to be woken up from a bad dream to the sound of my own laughter, […]

Will Ya Look at That! 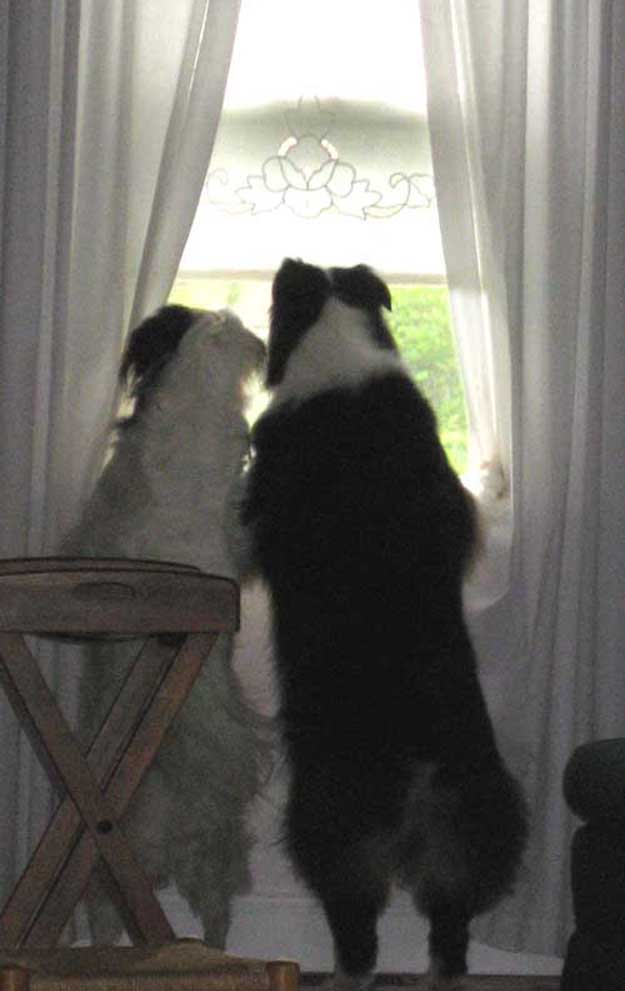 Do you see that?

I see that. Do you see that? 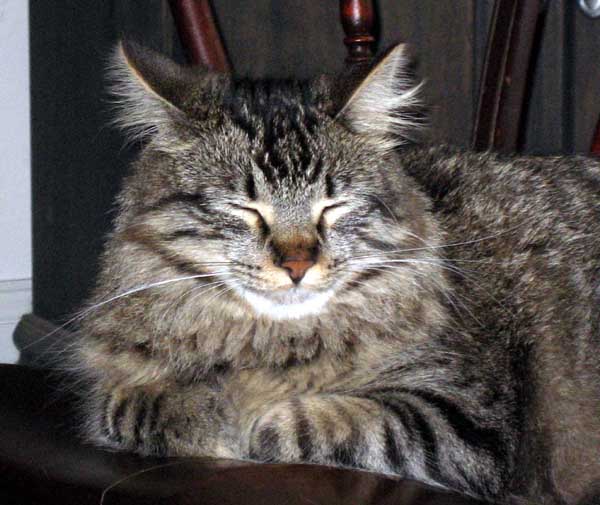 Nah, I’m busy. You guys take care of it.

Cait is of the age where it’s time for me to teach her how to drive. For as exhilarating as she finds her lessons, that’s how nerve-racking I find them. So when we get in the car for another lesson, I take comfort in the way she falls back into our usual “long drives” routine.

She starts with her customary opening line, “So what should we talk about, Mom?”

As Cait has a tendency to drive a little too close to the shoulder of the road, I say, “We should talk about how you should stop listing to the right and stay in the center of your lane!”

Cait makes the correction and says, “So Mom, me and […]

This one’s for my dad, who died twelve years ago.

There’s an expression: “You can’t paint the air.”

It means nobody can do the impossible. I think my grandfather might have made it up. I’ve never come across it anywhere else, so I’ll give him credit for it. He was a painter by trade, and was known to say this often to his son, my father. As a first generation immigrant of Irish and English heritage, shaped by the Depression, he’d trot out the line whenever he thought my dad was getting uppity ideas about life. Nope, life was hard, you worked hard, you drank hard, and then you died. At least in my grandfather’s version.

My father would prove his father wrong […]