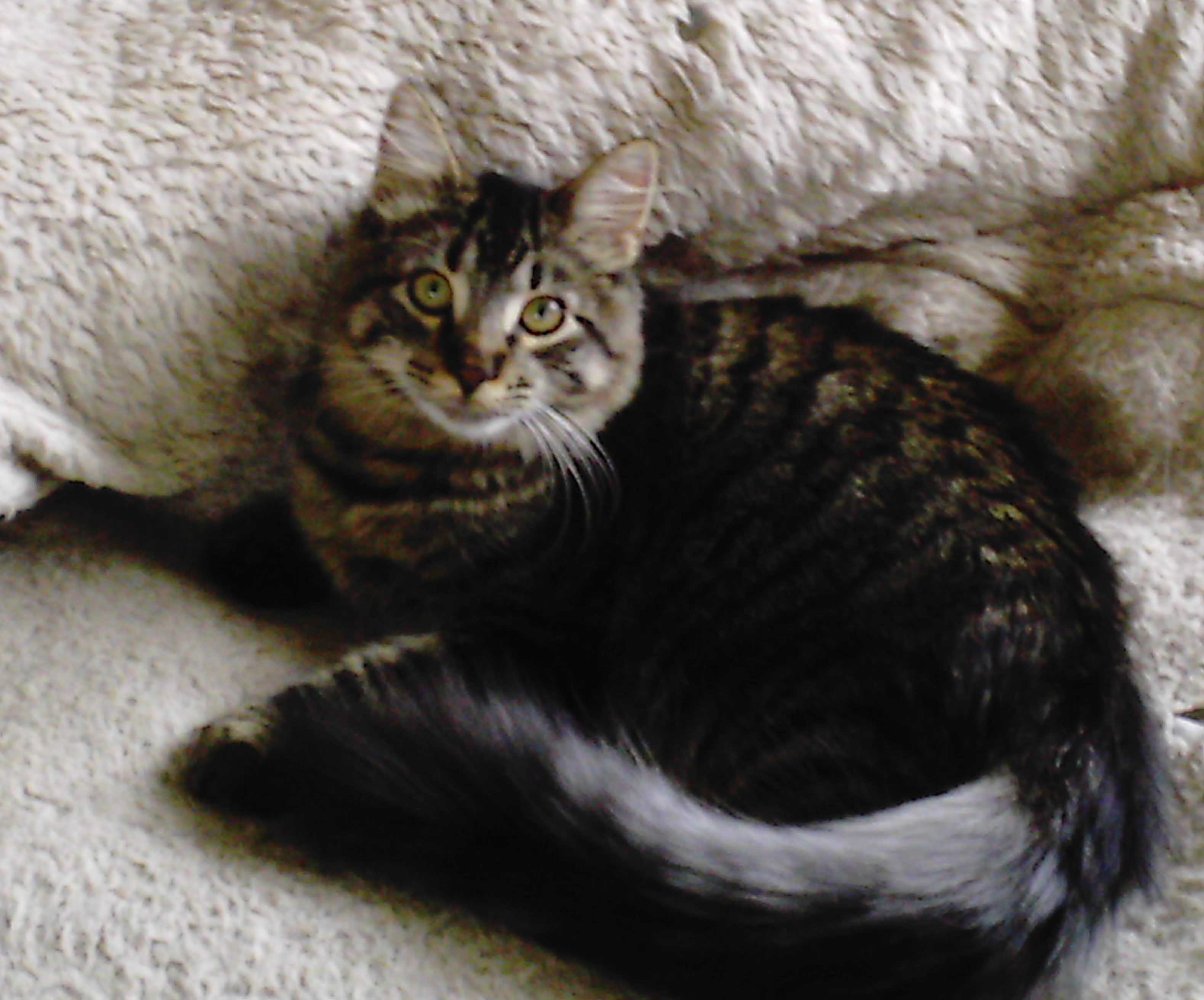 Okay, so I was only joking. Of course Finnegan is a cat and not a dog. In fact, I think he’s at least part, if not all, Maine Coon cat, which would explain his heavily tufted ears and his big, bushy tail. It would also explain his dog-like personality, and his superior hunting skills. Just ask the mice around here. If you can find any left.

Cait and I went Trick-or-Treating with friends last night, and, for the first time in decades, I experienced Halloween as I remembered it as a kid.

For a time, when I was young, we lived in a great neighborhood where everyone knew each other and the kids all played in one big pack. In that neighborhood, Halloween was celebrated with as much fanfare as Christmas. Everyone decorated their houses. Costumes were thought out and planned in advance. Halloween night had the feel of Marti Gras. Every house was lit up, and everyone walked in the streets, talking and gawking.

Since Cait’s been born, it’s seemed that Halloween has become a washed out, watered down version of itself, with a scare of razor […]