I’m someone who needs a lot of freedom; I often find it a challenge to be locked into anything predictable or confining. I prefer to keep things open and flexible–and spontaneous. To satisfy these needs, I’ve always worked for myself so that I could keep my crazy schedule. I typically have several projects going at a time so I can move from one to another when I get bored or burnt out.

Being in possession of such a fierce streak of independence, I wasn’t sure how’d I be as a mom when it came time for creating routines and rituals for my child that would endure through the years. Actually, I was pretty sure I’d stink at it.

Well I got that miracle, and then some. It came in the form of an inexorable love for my daughter that was born on the same day she was. To my amazement, once I actually had Cait, I instantly turned into Ms. Dependable, Reliable, Consistently Consistent Mom. For instance, recently, when I was just five minutes late to pick up Cait after school (because of a traffic glitch), she announced to her teacher that she was worried about me because I’d NEVER EVER been late before.

Practically from day one, Cait and I have had nightly tickle fights, tuck-in and story-telling routines, daily activities we do together, things we like to talk about (Cait’s favorite and most frequently asked question to me is, “Mom, what should we talk about?”), and places we like to go. Our rituals, routines and traditions have turned into the stuff of family legend.

The tradition that most amazes me, because it’s most unlike me, is Cait’s birthday (and half birthday) height measurement. 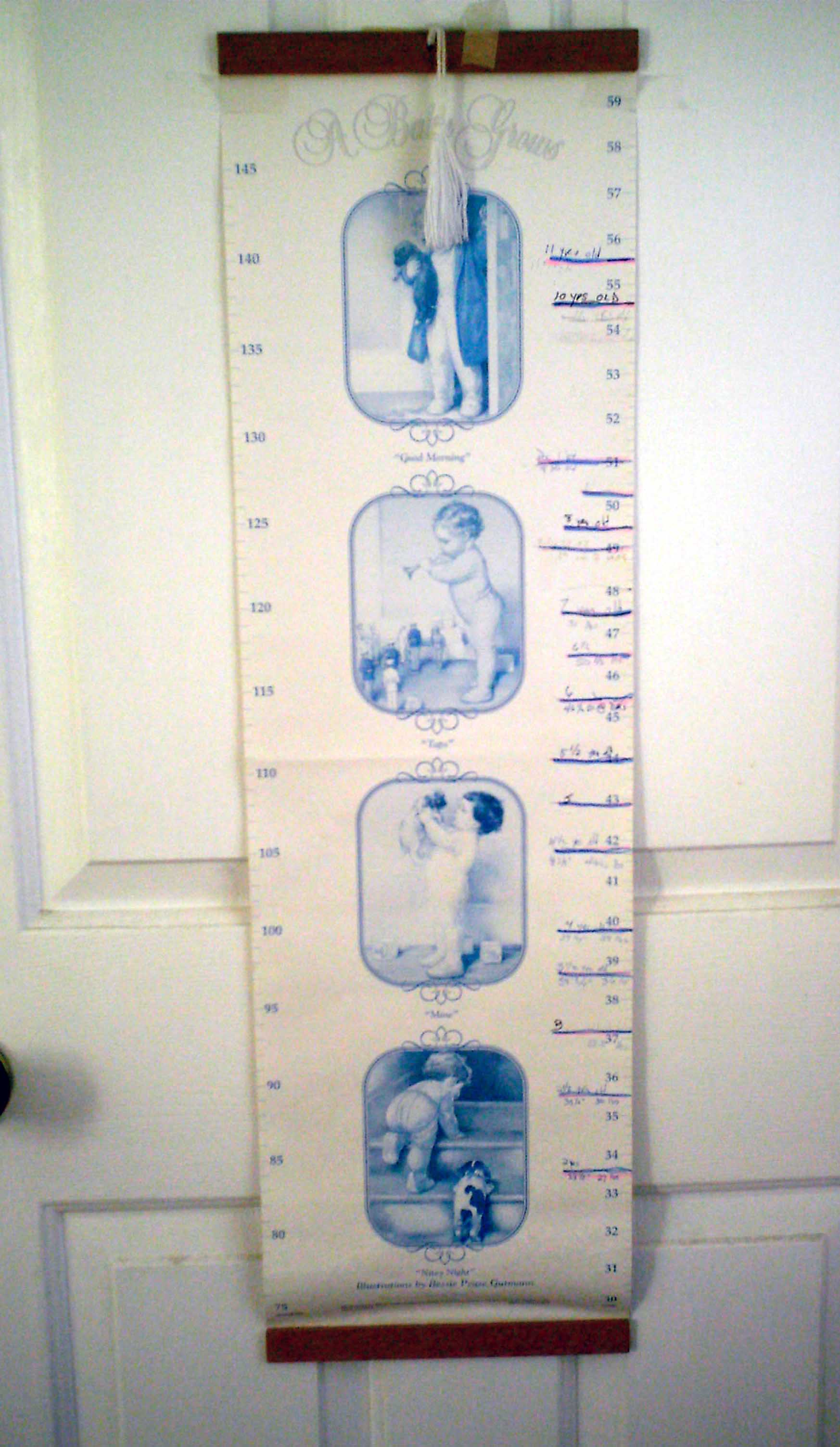 6 thoughts on “Eleven Years and Counting”