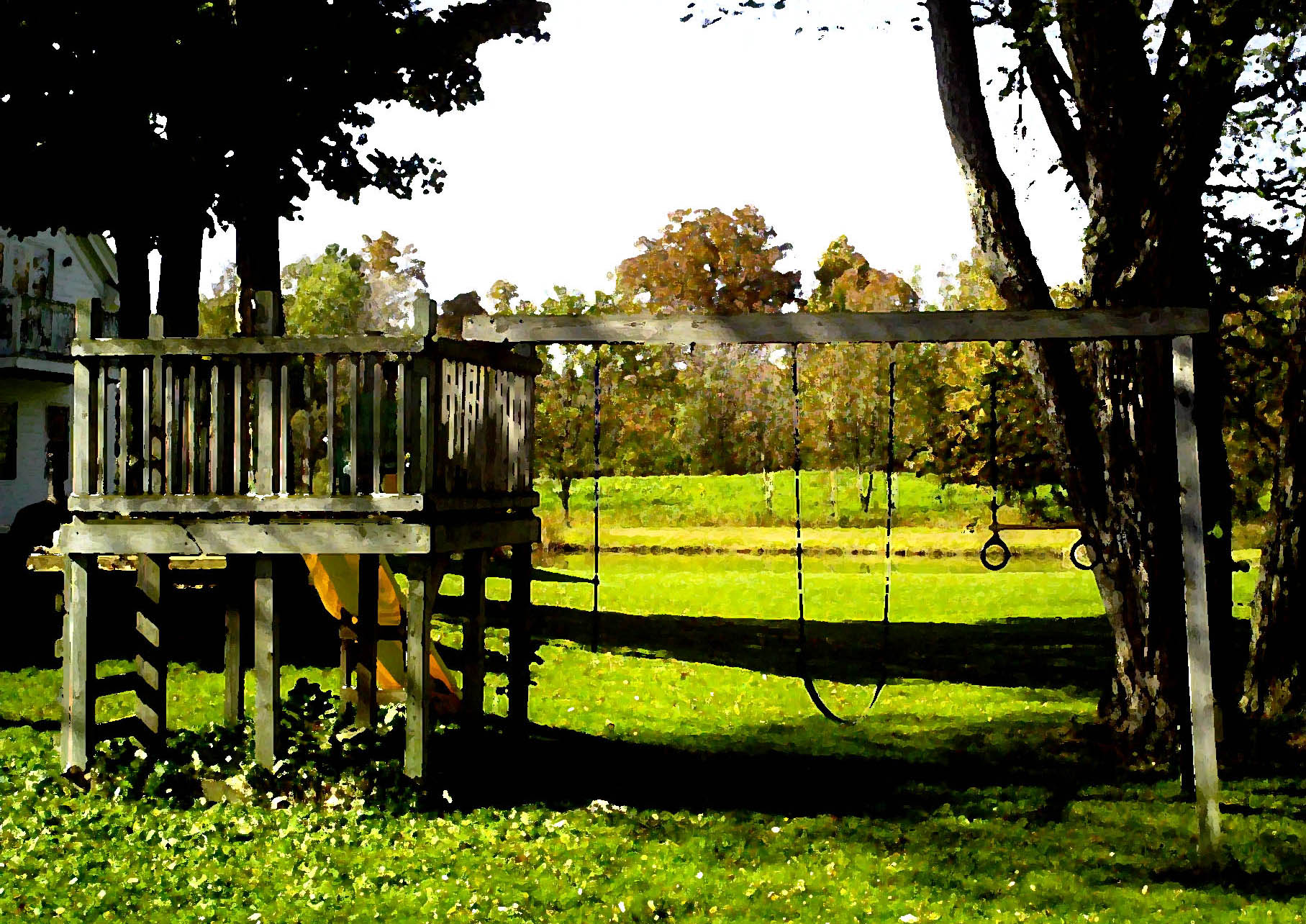 Along with my stepson, Colin (the other handy person in our family), I built this swing-set for Cait several years ago. I sketched the plan, figured out the lumber list, got the materials home, and Colin and I had the whole thing built in a day. Andrew, who isn’t especially handy with tools, and Cait, who was four at the time, were very helpful go-fers. It has stood in sturdy stead all these years.

We built it because Cait had inherited my love of swinging. When I was a young kid, I think the repetitive motion induced a kind of meditative state for me; I could swing for hours, and often did. This swing-set was Cait’s first babysitter. When I needed some writing time (this kid never–as in really not ever–napped), I could bring my laptop outside, plunk her on the swings and know that I’d just bought myself an hour or two.

Cait will be eleven soon. She hasn’t played on the swings or rings this entire summer, though she and her best friend, Sarah, did climb up and slide down the slide a couple of times while they were in deep conversation one afternoon. When I asked her if she wanted me to repair the swing that a friend accidentally broke, she said no, one swing was enough.

Last season, when her interest had already started waning, I threatened to take the whole thing down because it’s such a pain to mow around. She vigorously protested. So it stayed another season. This time when I told her it was coming down, she said, “Okay, but can you just leave me one swing?” I will build her one swing between two trees, which she’ll probably never use, but which will serve to help her gently let go. Then I’ll take the swing-set down. It’s time. My daughter is growing up.