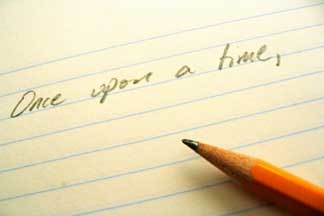 From the mailbag: Hannah writes: I’ve been writing a novel and have been stuck for weeks. That’s my pattern: I write a little, get stuck, have a breakthrough, write again, etc. It often feels like torture. I’m wondering if you also have this problem and if you’ve found a way to overcome it. I’ve read that it’s a good idea to start with an outline, but doesn’t that work better for non-fiction? For fiction, it seems like it would clash with letting my story tell itself.

Dear Hannah, there are writers out there who feel they work best without an outline so as not to “inhibit the flow of their muse.” But they’re in the teeny tiny minority. Almost all writers would tell you that sitting down to write a book without an outline is a little like trying to build a three-story house without a blueprint. You can do it, but the the cost in mistakes and time wasted may be substantial.

Most writers work from a chapter list and outline to help keep themselves on track. Writers who don’t, have a tendency to wander and ramble, and leave gaping holes or jarring contradictions in the plot and character development. It’s usually not a pretty sight. Working from an outline also helps solve two of the major challenges that face beginning writers: 1.) the ability to overcome writer’s block. If you have a general idea of where you’re supposed to be taking the story next, it’s harder to get stuck. And 2.) the ability to not only start but to finish a complete work. Lots of writers get excited by the initial idea but then lose their way, don’t know how to get back on track (because they don’t have an outline), and give up.

It seems that you may be viewing an outline as something other than it’s intended purpose. The point of an outline is not to cement anything in stone. Rather, it’s to help you get all the pieces of the story organized on paper, so you have an idea of where you’re going and how you’re going to get there. That doesn’t mean you can’t take detours or even set a new route. It just means that you’re starting with a rough idea of the complete story (which still leaves plenty of room for the muse to whisper in your ear). It’s a flexible tool that can be changed as much as needed until you’re happy with it. The point is that nobody has a finished book flow from their pen on the first go.

As long as we’re on the subject, not only outlines, but rewrites are all just part of the writing process. As for rewrites, I find it helps to think about that process as no different than making mudpies. No kid worth their salt goes out, makes one mudpie, and says they’re done — no room to improve on that perfection. All kids like to see how many different mudpies they can make. And to see how dirty they can get.

First, get the right ingredients in order. And then loosen up, get free — and get dirty.

Here’s some recommended reading that you might find helpful.

Plot & Structure: (Techniques And Exercises For Crafting A Plot That Grips Readers From Start To Finish) (Write Great Fiction) by James Scott Bell

Self-Editing for Fiction Writers, Second Edition: How to Edit Yourself Into Print by Rennie Browne

9 thoughts on “Want to Write a Book that Sells? Start With an Outline”