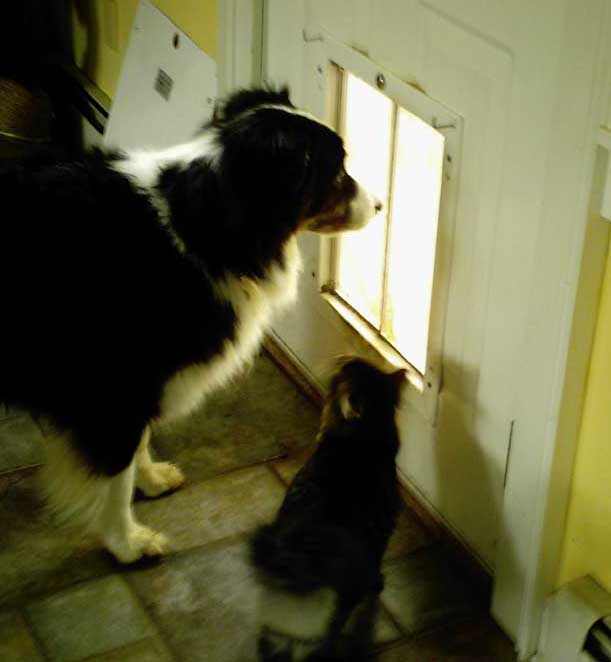 These days, he’s taken to hiding right behind our feet and shooting out the door as soon as we open it. Makes letting Kiera and Graidy in and out interesting, to say the least.

When he gets outside, he gets so excited he doesn’t know what to do first — run to the back of the property? Run up the tree? Run under the bush?

Fortunately, while he stands there thinking about it, we have plenty of time to race out and nab him.

Someday, I’ll put up a chain-link area (he could get out of the fence we have now with no problem) so he can safely enjoy the outdoors. That’ll keep the ground hunters away. And I’d just like to see a hawk or owl try to get him with Kiera on duty. No way, no how. In the meantime, we take him out for short grass munching and tree climbing sessions. We stand near and watch so we can grab him if he tries to make a run for it.

Yes, my Finny boy will eventually get to have his day in the sun.

9 thoughts on “There’s a Whole Big World Out There, Kid”