Watching Kiera and Graidy playing with each other this morning, I’m more keenly aware than usual of the benefits of having two dogs.

I’ve just come back from a visit to my mother’s. She has one dog, Zoe; a beautiful, 4 yr old German Shepherd, who’s a ball nut. 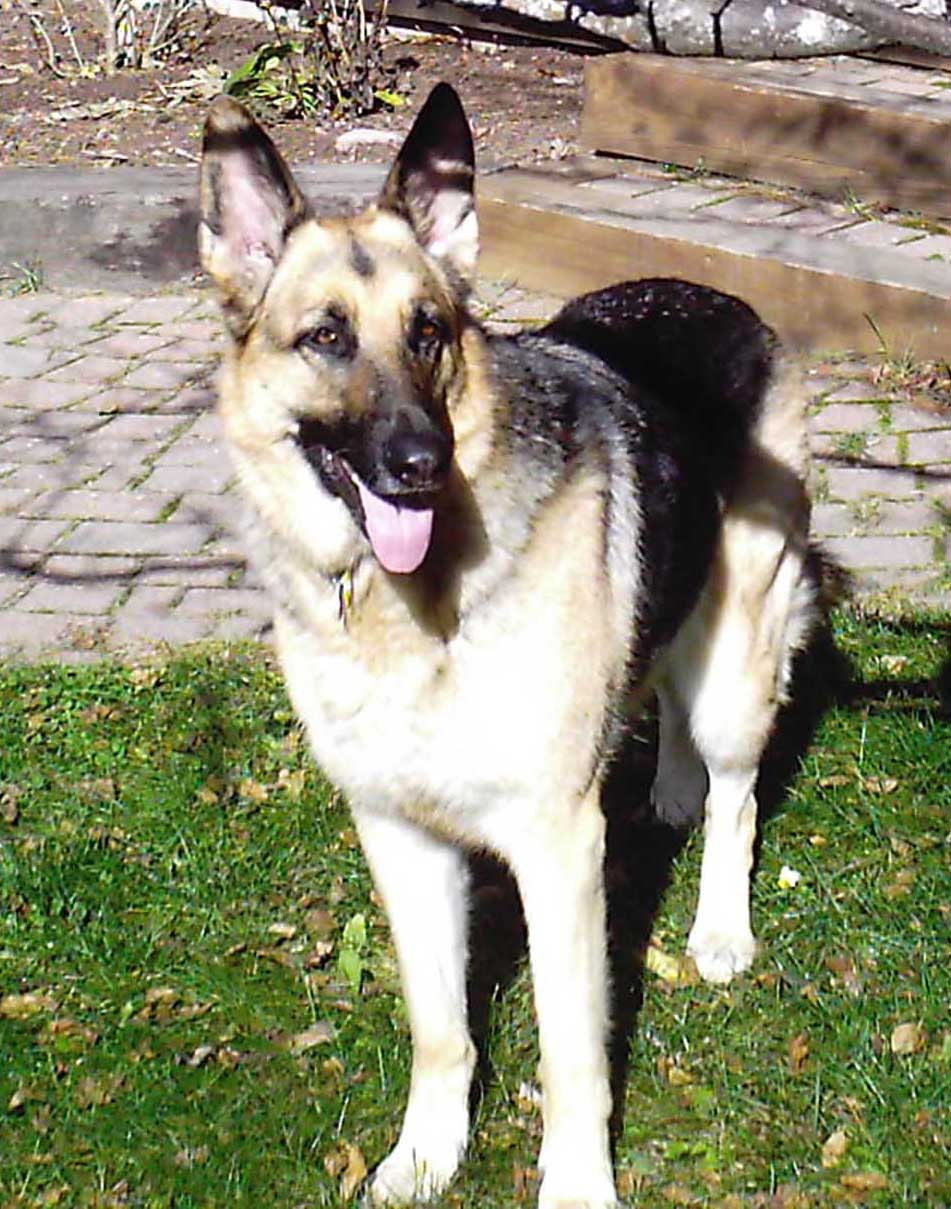 Because Zoe is a high energy dog, and doesn’t have another dog to help tire her out, she is constantly looking for someone to throw her ball. My mother does her best. Even so, I know I’ll wind up taking Zoe out a bunch more times. With all of that, it hardly puts a dent in her desire for activity; it’s only enough to take the edge off.

My two, on the other hand, spend several hours a day playing with each other. They think up all kinds of fun games. There’s the outside games: the Tag game, the Let’s-Dig-Up-All-The-Moles game, the Chase-The- -Birds-Overhead game, the Leap-Frog game, the Butt-Tucking-Zoomies game, and the Whose-Stick-Is-It-Now game. There’s the inside games: the Hide-And-Seek game (which is too funny for words), the Jump-On-The-Bed-And-Wrestle game, the Jump-On-Mom-And-Wrestle game, the We’re-Tired-Of-Playing-With-Each-Other-Let’s-Go-Get-Finn game. The list goes on and on. Below is the ever popular Ma-He’s-Touching-Me! game. 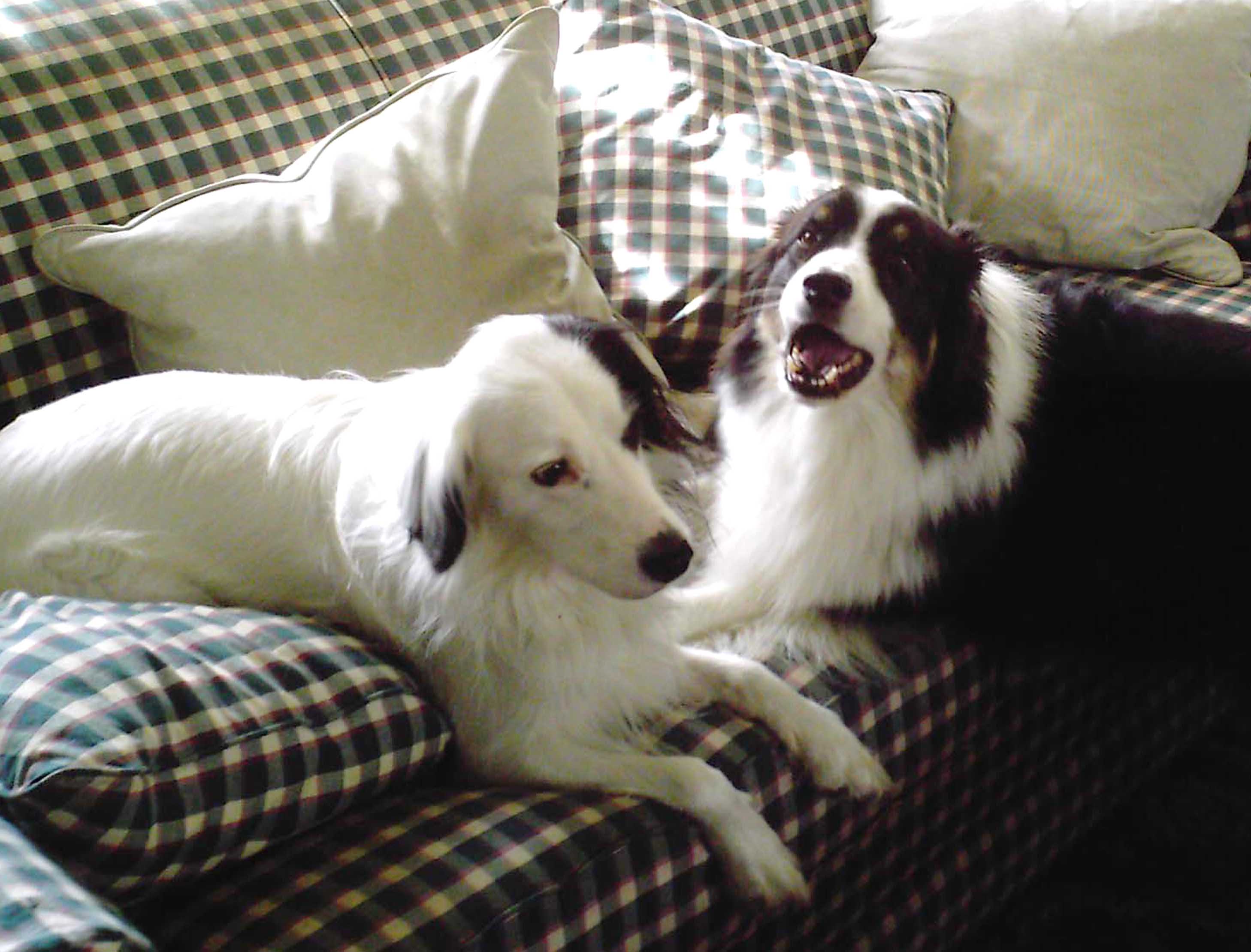 On top of this, Andrew will take Kiera for 3-mile runs, plus I’ll take her for walks, and she’ll usually get to go herding once a week (we had a short season this year because of an injury). Graidy doesn’t want to leave the property. Having been lost once in his life and winding up in Rescue (that’s where we got him), he doesn’t ever want to get lost again; he loves it here. Open up the front door, and Graidy shoots back into the kitchen. So Graidy and I do stuff together at home.

But I think you’re getting my point. They’re happy, tired dogs by the end of the day. I can’t imagine what it would be like if they didn’t have each other to help me exercise them. Granted, I have one full herding dog, and one part herding-part bird dog. So they have energy to spare even after the most physically demanding of activities.

Having two dogs to run each other ragged is only one of the many benefits. They keep each other company and shore each other up when I have to go out. They have a lot to say to each other, in fact they sometimes talk a blue streak. It’s hysterical. They’re best buds, as only dogs can be to each other.

Is there a down side to having more than one dog? Andrew would tell you that it’s double the trouble. And it’s double the expense. It’s certainly double the hair and dirt and barking. It’s also double the training, though I didn’t get them at the same time or from the same litter (neither is advisable). It’s not as easy to get that special time with each one alone; I have to plan for that. Plus, you need enough space to accommodate more than one. But, overall, I find it easier to have two. While I know there are some dogs who are happy being the only, and while I’ve had only’s before, I don’t think I could ever go back.