Actually, I don’t really know how old Graidy is. When we got him out of rescue, the vet guesstimated him at a year old, and since we’ve had him for three years as of today, that makes him fourish.

When I think about all the reasons why I love this dog, I guess this post from nearly a year ago would sum it up.

Angels Come in Many Forms

Early this morning, at 2 a.m., I was awoken by incessant barking coming from downstairs–not an altogether unheard of occurrence at our house, with so many wild animals engendering great interest as they traipse through our ten-acre kingdom.

I got up to check on where the missing Graidy was. Boy, was I never so happy to be roused from a sound sleep! As soon as I hit the upstairs hallway, I was bowled over by propane fumes. I got a towel to cover my nose and went downstairs to find Graidy standing there barking at the stove. One of the burners without a pilot light was turned on. It must have been on for several hours, the house stank so badly of propane fumes!

After opening all the windows and doors, and checking everyone’s breathing, I was very happy to still be alive with my family safe and quietly sleeping. Chalk one up for the Graidster! 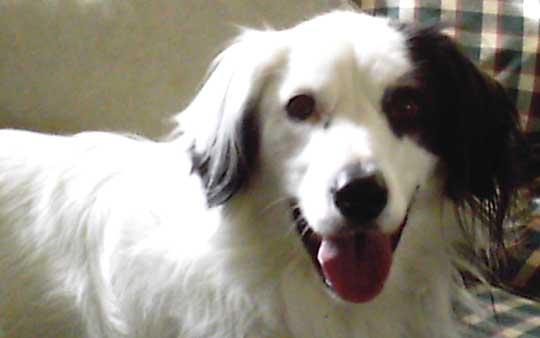