There was a lunar (full moon) eclipse this morning, fully visible in most of the United States. The sky was silly bright most of the night. The kind of night where you could easily walk outside without a flashlight. The eclipse was officially complete in the eastern US at 5:16 AM this morning.

In case you missed it… 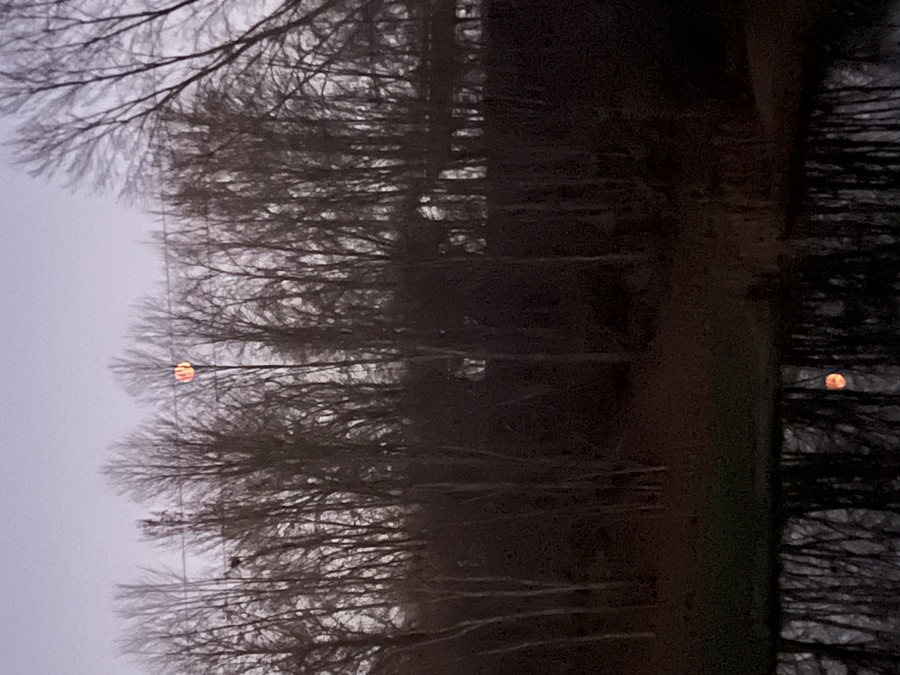 If you’re noticing that it looks red instead of black, you’d be correct. This is what’s known as a blood moon. This happens when the Sun, the Earth and the Moon line up, with the Earth in the middle, causing the moon to travel through the Earth’s shadow. So the moon’s appearance has the dark, umber tone of the Earth’s shadow

In a normal lunar eclipse, the Moon is in between the Sun and the Earth, so it’s reflecting the brilliant light of the sun, which makes the moon appear black.

This is the last total lunar eclipse until 2025.