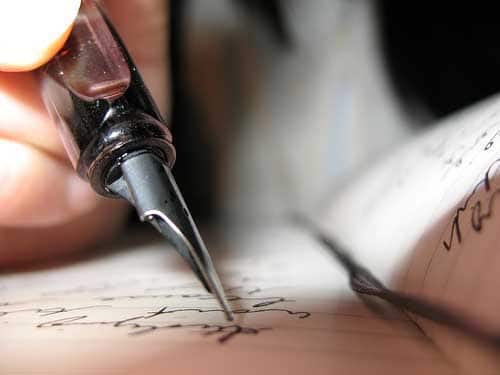 I’ve been writing since I was eleven years old, when I wrote my first book. I first started writing in my father’s old Air Force writing kit. I’d just replace the notebooks after I’d filled them. When I’d finish writing a story long-hand, I’d type up the final version. (I was probably the only eleven-year-old back then who had her own typewriter.)

The tools have gotten more sophisticated over the years. Being the tech geek that I am, I had one of the first home computers when they came out in the early 80’s. Back when they were still big, clunky machines that often crashed just for the heck of it. Back before the internet was widely available, when research still meant a trip to the library. Back when printing out a manuscript meant tearing each piece of paper, page by page, off one long perforated ream, after the painfully slow dot-matrix printer had finally stopped clattering.

I’ve progressed through the years all the way up to my current lightweight wireless laptop, which I love. I can take it anywhere and have all my projects with me. I no longer need to make trips to the library for research because the internet has placed the knowledge of the world at my fingertips. I have a laser printer that spits out pages faster than I can catch them.