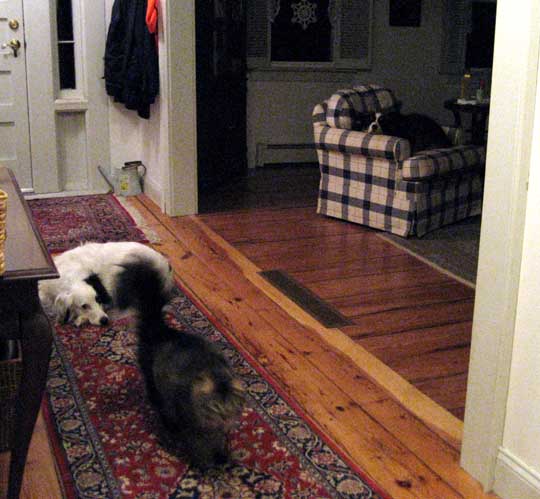 When that didn’t get me to follow, they parked themselves halfway between me and the stairs as a hint, alternating between loud sighs and glares.

Finnegan finally decided to take matters into his own hands. Previously lying snuggled up next to Graidy (they’re inseparable), he determined that walking on the keyboard was a surefire way to get me to quit.

Sometimes, I think I liked the days before home computers better…

15 thoughts on “Will You Pulleeease Get Off the Computer”