How to Find Your Inner Teacher

In this section, you’ll find blog posts related to How to Find Your Inner Teacher. Topics include learning how to pay attention in order to make perception shifts to become more awake, deepening our spirituality and connection to nature, as well as developing a strong connection and conversation with our inner teacher.

Use the right sidebar Articles Menu to find full-length articles and transcribed excerpts from Karen’s classes.

Remembering What We Have Forgotten

All people on a spiritual path do. The way they experience it is as a kind of deep-set loneliness that can live well below consciousness. Somebody may not be thinking every day, “Gosh, I’m so lonely” but there’s a feeling of being disconnected from everything that’s common to a lot of people.

So why are we here? What are we supposed to be doing?

That question encapsulates the forgetting. The forgetting is that we don’t remember why we’re here. We’re here to remember to be whole.

How Should We Go About Achieving Our Dreams?

Q: How should people go about achieving their dreams?

Most people are inclined to put the cart before the horse. It’s valuable to have dreams, but most people don’t know why they have the dreams they have. Many have them because they’ve fallen into them and don’t know what other dreams to have. Yes, through dreaming, people create their own reality and lives. But so many of these dreams get shaped at times in our lives when they’re not consciously chosen for healthy reasons but are a reaction to something we’re experiencing.

Thus, many dreams are overcompensations used to fill up misguided desires, insecurities, and ego needs, and are so ill-thought-out that even if or when one achieves […]

How to Develop Intuition

Q: Does everyone have an intuitive ability?

Yes. Everyone is born with an active intuitive awareness, otherwise known as the instinct for survival. Because this is essentially an unused sense, which is typically not valued or is feared, most parents teach it out of their children at a very early age.

Q: Are you saying that intuition is nothing more than a glorified survival instinct?

Intuition is a refined version, yes. Before the modern age when humans were on an even playing field with all other animals, the instinct for survival was extremely heightened and developed. This was as necessary a sense as any other. And because it was used as much as seeing or hearing, it was a dependably reliable means of […] 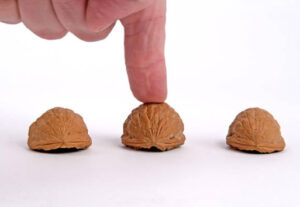 In order to survive, we all build a shell to live in. For some, the shell is the athlete, the brain, the attractive one, the funny one, the kind-nice one, the in-control-get-things-done one. There are many shells. But that’s all it is; a shell game.

But you won’t know this until you lift the shell up to see that there’s nothing underneath it. You don’t live in the shell, the shell is not you. When you are freed from that illusion, then you see that you live in the soul of yourself and God.

A Simple Meditation for Young Children

Don’t we all wish we’d learned how to meditate when we were young? All adult meditators would agree. And yet how many meditating parents still haven’t found the time or the way to start with their young children.

The secret to success: Keep it Short. Keep it Simple. Keep it Fun.

Following is a simple and easy way to get started. But first, a few tips. Keep the language and imagery simple. Stay away from loaded words. Keep the meditation times short. You should participate in doing this exercise with your child. If there are others around who know how to meditate that the child likes, try to include them as […]

Karen has been a student of the spiritual from her early teens. Her Inner Teacher showed up after an awakening event in her youth. They have been in communication ever since. She has taught seminars and provided personal training for over three decades.